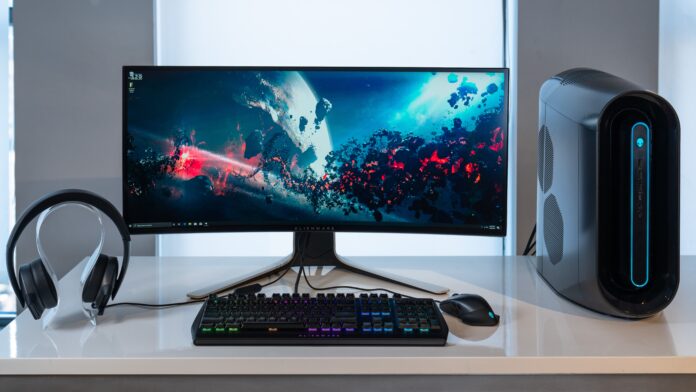 What is Computer? Computers brought a revolution in the field of communication in the 20th century. We are well acquainted with the miracle of science, innovations are happening every day. Has brought the most change in the field of communication, a machine that multiplies, divides, adds, subtracts complex numbers from complex to microseconds. This machine is a computer. Big things started happening from computers so quickly, which no one could even imagine. Science is nothing short of a blessing in modern life. Until some time ago, computers were seen as an amazing machine, no one thought that the development of computers would be so fast, and mankind would develop in this way through computers. A few years ago this machine came into our home as a personal computer and today it has become a part of our life, with the need of every home office.

What is Computer – Definition?

The miracle of science has made a huge change in the field of information and communication through mobile, computer, and the internet. Read to know the essay on the miracle of science. Many problems of mankind have been solved by this. The computer has been in use in our country for almost two decades, through this the country of India has taken a long leap in the field of development. We can do many things on the computer. This small machine can save the largest data, the office work is done easily, you can talk to anyone around the world through the internet, shopping, collecting information, besides There are also many things a computer does.

History of the Computer

Between 1937-1946 – In 1937 the first digital computer was built by Dr. John V. Atanasoff and Clifford Ber. It was named Atanasoff – Berry Computer (ABC). In 1943, this electronic computer was named Colossus, which was made for the military. Further work continued until 1946 and digital computers and numerical integrator computers (ENIAC) were made. It is said that the weight of this computer was 30 tons, 18 thousand vacuum tubes were used for processing in it. Computers of this time we’re able to do only one thing at a time, as well as there was no operating system in it.

Between 1947 –1962 – computers of this time used transistors in place of more reliable vacuum tubes. For the first time in 1951, the computer was put in front of the public, and its use was made public. In 1953 IBM made 650 and 700 series computers. About 100 types of programming languages ​​were developed in this time computer, as well as memory and operating system. There was tape, a disk for storage, as well as printers, were attached to the computer.

1963 – To Date – Integrated circuits produced the third generation of computers. With this genesis, the size of the computer became smaller, it became more powerful and reliable, with these people could now do a lot of work on the computer at one time. MS-DOS was created in 1980. In 1981, IBM brought personal computers to the home and office. Three years later, Apple built a Mac computer, and in the 90s the computer got the Windows operating system.

What is Cloud Computing? What Are the Advantages of it?

Today the computer is progressing day by day, a lot of programming language has arrived, through which work is done. Instead of computers, laptops have come, which are small and less in weight, it has OS, battery and everything. Computers were kept in one corner of the house, office, it was difficult to take them here and there, but the laptop started to be used anywhere.

The first computer in India came in 1956 for 10 lakh rupees. This was an HEC 2M computer, which was installed at an institute in Calcutta.

Artificial-intelligence: The New Face of Cyber-security

How does NCB in long-term two wheeler insurance work

5 Questions To Ask To Get The Best Health Insurance Plans...