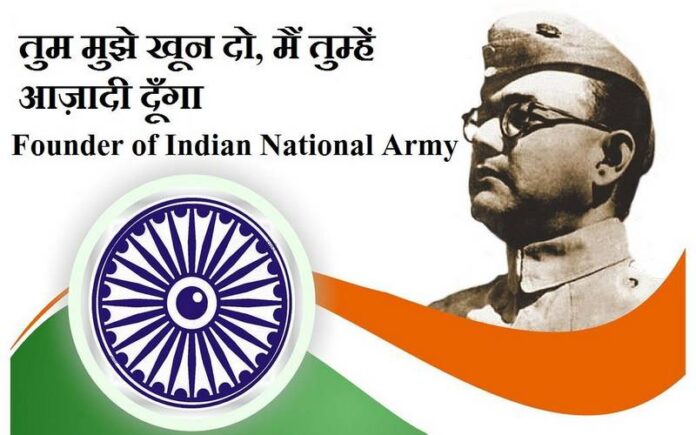 Netaji had completed his schooling from Cuttack. After this, he went to Calcutta for further studies, did his BA in Philosophy from Presidency College there. In this college, Netaji was very much opposed to the persecution of Indians by an English professor, at that time the issue of casteism was raised a lot. This was the first time that the war against the British started in Netaji Subhash Chandra Bose’s mind.

Netaji Subhash Chandra Bose wanted to do civil service, due to British rule it was very difficult for Indians to go to civil service at that time, then his father sent him to England to prepare for Indian Civil Service. In this examination, the leader came in fourth place, in which he got the highest number in English. The leader considered Swami Vivekananda as his guru, he used to follow what he said. Netaji had a great love for the country and was concerned about his independence, due to which he rejected the Indian Civil Service job in 1921 and returned to India.

Now people had come to know Subhash Chandra ji by name, the discussion of his work was spreading all around. Netaji Subhash Chandra Bose had come up with young thinking, due to which he was becoming famous as a youth leader.

In 1928, during a Congress meeting in Guwahati, differences arose between the new and old members. The new young leaders did not want to follow any rules, they wanted to follow their own, but the old leaders wanted to go ahead with the rule made by the British government. Subhash Chandra and Gandhi ji had very different views. Netaji Subhash Chandra Bose did not agree with Gandhi’s non-violent ideology, he was a young man who also believed in violence. The ideology of both was different but the objective was one, both India wanted the independence of the country as soon as possible.

In 1939, Netaji Subhash Chandra Bose stood for the post of President of the National Congress, against whom Pattabhi Sitaramya was pitted by Gandhiji, who was defeated by Netaji Subhash Chandra Bose. Gandhiji had lost his heart due to which he was unhappy, knowing this from Netaji, and immediately resigned from his post. Due to the lack of ideas, the leader was becoming anti-Gandhi in the eyes of the people, after which he himself left the Congress.

In 1939, when the Second World War was going on, Subhash Chandra Bose made his stand there, he wanted to get help from the whole world so that the British would be overpowered and they left the country. He got a good impression of this thing, after which the British Government put him in jail. He did not eat or drink water for about 2 weeks in jail. Seeing his deteriorating condition, the youth started raging in the country and demanded his release. Then the government kept him under arrest in Calcutta. Meanwhile, in 1941 Netaji escaped from there with the help of his nephew Shishir. First, he went to Gomah in Bihar, from there he reached Peshawar in Pakistan. After this, he reached Germany, via the Soviet Union, where he met Adolf Hitler, the ruler of that place.

Before joining politics, Netaji had traveled to many parts of the world, he had a good understanding of the country, he knew Hitler and the enemy of Germany was England, he took this diplomacy to take revenge from the British. It was appropriate to make friends with the enemy’s enemy. During this time he married Emily of Australia, with whom he lived in Berlin, he also had a daughter, Anita Bose.

In 1943, Netaji left Germany and went to South-East Asia, which means Japan. Here he met Mohan Singh, who was then the chief of the Azad Hind Fauj. Together with the leaders, Mohan Singh and Ras Bihari Bose reorganized the ‘Azad Hind Fauj’. Along with this, Netaji also formed the ‘Azad Hind Sarkar’ party. In 1944, the leader gave the slogan “Tum Mujhe Khoon Do Main Tumhe Aazadi Dunga” to his independent Indian National Army. Which brought a new revolution across the country.

The leader went to England where he met the British Labor Party President and political leaders. He talked about India’s independence and its future. He had also convinced the British to leave India to a great extent.

On his way to Japan in 1945, Netaji’s plane crashed in Taiwan, but his body was not found, and after some time he was declared dead. The Government of India has also set up a lot of inquiry committees on this accident, but even today it has not been confirmed even today. In May 1956, the Shah Nawaz Committee went to Japan to resolve the death of Netaji’s death, but Taiwan did not help his government with no special political relationship. In 2006, the Mukherjee Commission said in Parliament that ‘Netaji was not killed in a plane crash, and his ashes are not in the Renkoji temple.’ But this was rejected by the Indian government. Even today, investigation and dispute are going on.

Why Leadership and Team Development is the Key to Business Success

Best Translation Services for Documents and How It Works

ABOUT US
Headlines Insider is a full-time Digital marketing service provider based in India. We are a team of Ninjas who know the in and out of online marketing campaigns, guest bloggers, design, and developments. We are a hardcore team of madmen of advertising and marketing!
Contact us: [email protected]
FOLLOW US
© Copyright 2021 headlineinsider.com. All Rights Reserved.